As travel agents we do provide all the travel arrangements that matches every group needs.

The division of Perform in Spain was created from the very beginning   to help music ensembles on organizing their concert tours.

We Are specialized on choral and instrumental ensembles on tour in Spain. 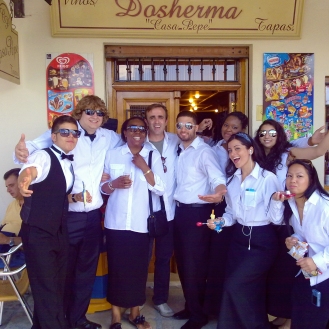 As musicians we understand the importance to have warm and large audiences as much as possible. We work very hard from the first concert planning steps to ensure you will play in front of the warmest possible audiences each night. 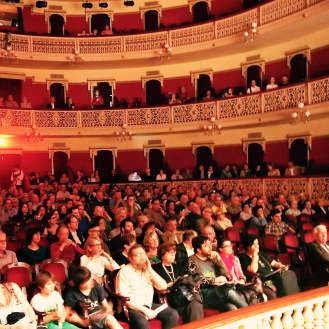 Monastery of Santo Tomas in Avila We represents mostly international artists interested to come and perform in Spain, no matter if they are soloists or ensembles, choirs or big bands and orchestras.

We organize per year several custom concert tours and festival participations in different cities throughout Spain and Portugal for different choirs and orchestras from all over the world coming on tour to Spain.

We do organize a full promotion campaign on each tour ( media through radio, TV) or concert we do organize

We will help you to organize and select each of the venues for your tour and help you from the preliminary moments in all concert planning details.

Open to all types and styles of music, even that we specialize in classical and choral.

We will be glad to hear from you and your ensemble no matter if it is a a Chamber, Gospel or Childrens choir, or your or city orchestra, Jazz ensemble…

We would love y to hear from worldwide artists and your interest to come and perform in Spain, and promise to pay attention to each one of you and your music and to help you on your purpose. Contact us

As DMC (Destination Management Company) based in Madrid we can help you to contact or hire any special venue you need across Spain. 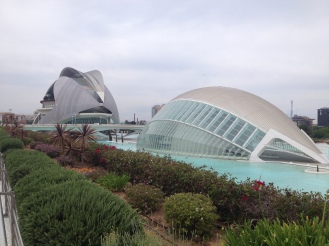 City of Arts and Science in Valencia

We do organize events and concerts in some of the top venues across the country, from belle époque theatres as the Nuevo Apolo to the Circo Price with capacity from +500 to 2000 people for special events.

We also represent / are in contact with some of the great flamenco and jazz local performers in Spain .

If your are looking for an event planner in Spain, we would love to hear from you.